Back to Probiotic Myths 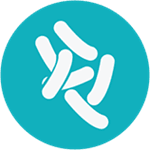 The Myth:
"L. acidophilus is a strain of probiotic."

Classification is very important in the determination of the characteristics of probiotics. The level of classification can get quite complicated, so let’s start at the top. ‘Bacteria’ or ‘Yeast’ is a kingdom of organisms, in the same way that humans belong to the ‘Animal’ kingdom. The bacteria are organised into different groups based on similar characteristics, with increasing detail down through the phylum, class, order and family, until the genus level is reached. One example of a genus is lactobacillus. Within the genus level is the species level. One species within the lactobacills genus is Lactobacillus acidophilus (for humans the equivalent would be Homo sapiens).

For many people their knowledge of probiotics stops here, without realising that it gets more detailed, and this detail allows us to find out more about each bacterium. The next step down from the species is the strain level, and there are tens, if not hundreds, of strains within the species L. acidophilus (as there are within any bacterial species). Some examples are: L. acidophilus NCFM® and L. acidophilus Rosell-52 (Healthcare professionals can view these strains on the Probiotics Database: L. acidophilus NCFM® and L. acidophilus Rosell-52). The strain name usually consists of numbers and letters which indicate a microbiology institute e.g. NCFM = ‘North Carolina Food Microbiology’ research centre. It’s only at this level that a probiotic can really be judged on its worth, as the strain name points towards the research and ultimately, the quality of the probiotic1.

Take the example of L. plantarum. In this species the strain CECT 7528 has been shown in scientific research to be especially good at binding onto dietary cholesterol so it cannot be absorbed by the body, whereas the strain CECT 7529 is particularly good at producing propionic acid (a type of short chain fatty acid which helps to maintain a healthy cholesterol level)2. Both of these strains are in the species L. plantarum, but there are subtle, yet significant, differences between them.

To understand more about the importance of which strains are used in a probiotic product read about our live cultures strains.